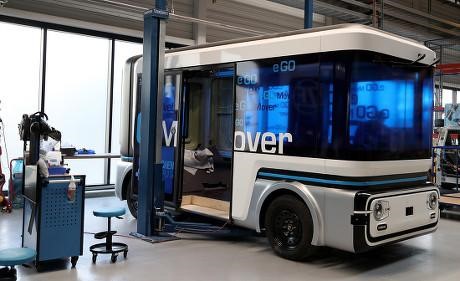 On 10th January, the French-Italian car manufacturer Iveco Group, through its bus subsidiary, launched an assembly cell to produce minibusses "Made in Côte d'Ivoire" with its long-term partner Société des Transports Abidjanais (Sotra). Société des was founded in 1960; today Côte d'Ivoire holds 60% of the shares and Iveco Buses 40%.

The assembly line, with an investment of 45 billion CFA francs (69 million euros), is located at the Sotra Industries plant in the Kumasi district, south of the Ivorian economic capital. In addition, it has an annual production capacity of 1000 cars (18-26 passenger seat bus), and can produce various models (ambulances, passenger cars, military transport vehicles for security forces, construction vehicles) and sells daily under the brand name Ivoire.

Ivory Coast Prime Minister Patrick Archie, Transport Minister Amadou Corne, and several other government members attended the opening of a workshop that enabled d'Ivoire to produce for the domestic market - where demand for cars at dealerships increased by 17% in 2021, compared to last year, also long-term for exports in West Africa.

The Ivory Coast State plans to create an industrial zone in the second port of San Pedro dedicated to the automotive industry and associate producers of spare parts. However, the new Akoupé-Zeudji industrial zone near Abidjan should accommodate some industrialists. Project promoters say their order book will be full by 2024, thanks solely to the Ivory Coast market, and 60 cars have already left the factory. Iveco Buses, which is researching this sub-region, is already planning to operate in two neighboring countries on the Côte d'Ivoire.

Without specifying which countries will be targeted, Burkinabé Minister of Transport, Urban Transport and Road Safety, Vincent Dabilgu, and Bissau-Guinea Minister Augusto Gomez traveled to Abidjan to participate in the program. The target audience is schools, private transport companies, and businesses in the Economic Community of West African States (Ecowas).

Stéphane Espinasse, president of IVECO Buses, says they plan to continue investing in creating a second assembly line by 2022. The assembly project started in 2018 and has been a Sotra shareholder for 40 years. This is why Iveco is ahead of several other manufacturers that have also announced the establishment of car assembly lines in the country. In 2019, Toyota, the parent company of CFAO automobiles, signed an agreement with the Ivorian government to open a utility vehicle assembly plant, which is still negotiating with Côte d'Ivoire. Z,

In August 2021, the Japanese group opened an assembly plant in neighboring country Ghana with a capacity of 1,330 pick-up vehicles. According to the manufacturer, this $7 million investment should be supplied to the West African market and has not challenged the Ivorian project.

In 2015, a 200 million dollar contract was signed between the Indian conglomerate Ashok Leyland, a subsidiary of the British conglomerate Hinduja Group and the Côte d'Ivoire government to supply over 3,000 transport buses. At the time, Ashok Leyland planned to build an assembly plant in Abidjan, but that ambition has yet to materialize.

Two other manufacturers have shown interest in similar plans. One of them is the French group Renault, which sold about 1,000 cars annually in the country in 2019. For its part, the Indian group Tata Motors, supplier of the Sotra buses, mentioned setting up an assembly line with the transport operator Côte d'Ivoire. 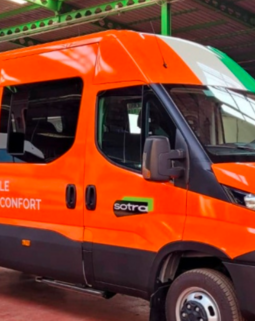 Daily Ivoire on the Roads of Cote d'Ivoire